Air Peace does not currently operate any Boeing 737-Max aircraft.

This information was understood to be correct as of 11th March 2019.

The airline does still have a pending order for 10 Boeing 737-Max 8 aircraft.

Air Peace does operate several versions of the Boeing 737 but not the Max version.

How to check which aircraft Air Peace operates

Passengers have been increasingly interested to know which make and model of aircraft they will be flying on. It is possible to get a good idea of the aircraft an airline operates and indeed, which type of aircraft you will likely fly on. 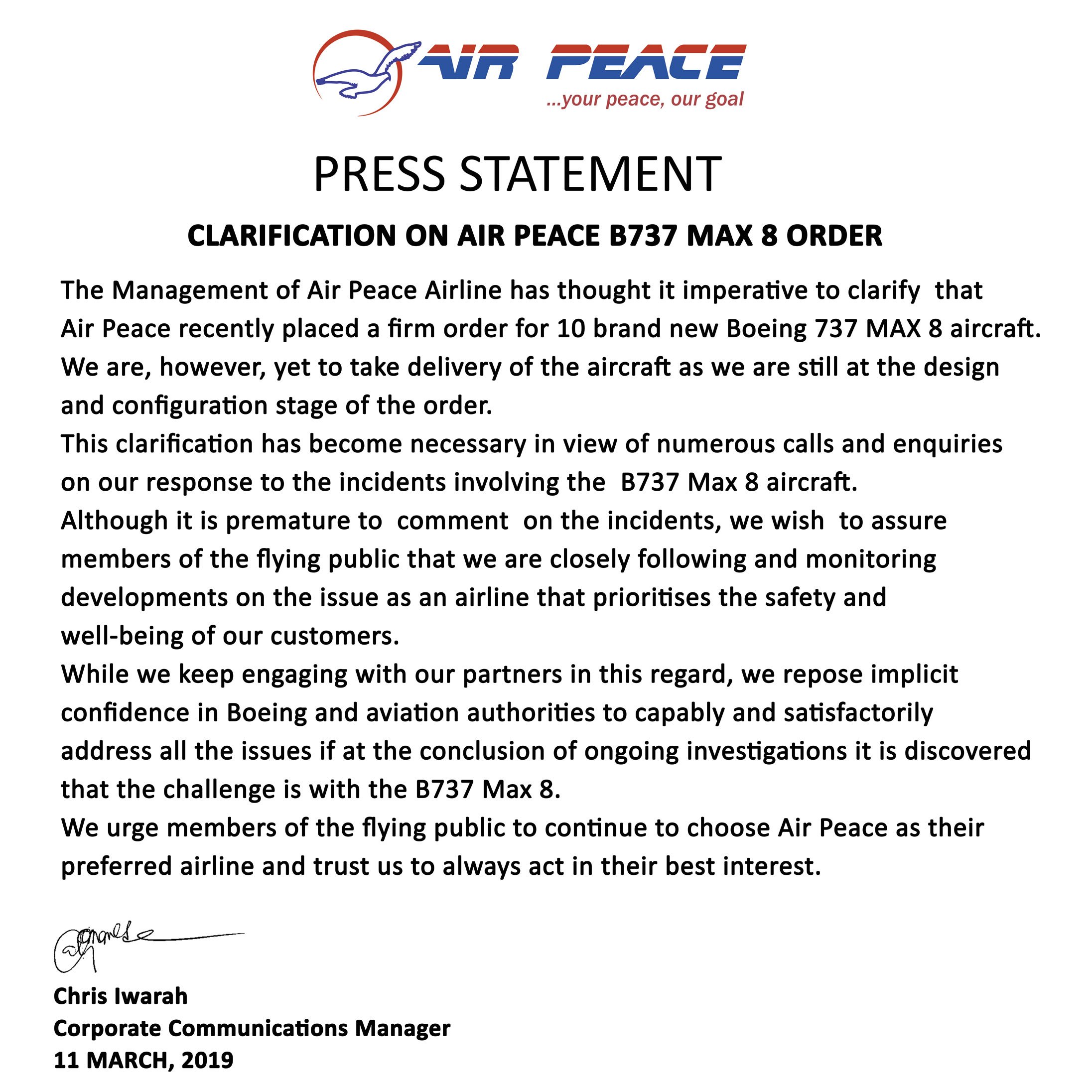 Tell us your thoughts about Air Peace and Boeing 737-Max

Do you have any questions or comments about Air Peace and Boeing 737-Max 8? Do you think Air Peace should cancel their order? Let us know in the comments section below: