A guide to Istanbul, Turkey

Istanbul is often portrayed as a colourful city that captures the heart of anyone lured into her city walls. But there is a darker side to her story, and her history is mired in political and religious conquests dating back thousands of years. Istanbul has also gone by many different names over the years: the first recorded name was Lygos, followed by Byzantium, Constantinople and finally Istanbul (which loosely means ‘the city’).

The memory of Istanbul is contained in the ancient structures you can still see if you meander through the city, whether you take your own self-guided tour in a rental car or if you take a guided tour through the city. Most tours will take you to the main tourist attractions which are well worth seeing. 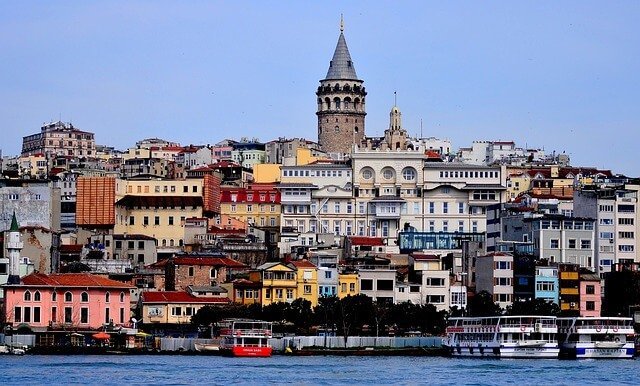 Flights from Nigeria to Turkey

Popular flights from Nigeria to Turkey include:

Murtala Muhammed International Airport LOS to Istanbul Ataturk Airport IST with a flight time of about 6 hours and 25 minutes.

Nnamdi Azikiwe International Airport, Abuja ABV to Istanbul Ataturk Airport IST with a flight time of about 6 hours and 5 minutes.

The Hagia Sophia was built in 537 as a cathedral, was later used as a mosque and finally converted into a museum which is open to the public. Perched on Seraglio point, Topkapi Palace was the place of residence for generations of Ottoman Sultans from the 1400s to the mid-1800s. If you are wanting to escape the humidity of summer, Basilica Cistern is a good way to spend an afternoon cooling down while at the same time giving you further insight into the architectural genius of the Justinian empire. The meticulous Blue Mosque (also known as the Sultan Ahmet Mosque) was built in the 17th century and is a sight for sore eyes. It is still used for religious purposes so admission is restricted.

Istanbul is truly unique in its location. Straddling the Bosphorus river, one half of the city is in Europe and the other half is in Asia. The difference between each part of the city is visible in some ways and if you look closely, the cultural influence of each respective continent is remarkable. Despite the differences though, you might find that you can recognize the classic Turkish culture seeping through the cracks of its ancient walls and underpinning city life in Istanbul, which is evident in its food and art culture, as well as the classic Turkish hospitality.

Istanbul is situated on the Sea of Marmara, which naturally affects the weather patterns along the coast of the city. If you don’t tolerate heat and crowds well, summer should be avoided at all costs, making spring (March-April) and autumn (September – November) the ideal times to visit.

It goes without saying that, if you are wanting the freedom to travel further distances without being bound by someone else’s schedule, you should rent a taxi or hire a car. You can do both of these from Istanbul Ataturk International Airport.

However, nobody who has been to Istanbul can deny that traffic is a problem. For this reason and despite that fact that you may have to walk more to make use of it, public transport is a popular alternative to hiring a taxi or renting a car. You can choose between the metro, tram and funicular to get you to many popular spots in the city centre. To pay for public transport, you can get tokens from vending machines, or you can get an electronic boarding pass (‘Istanbul card’). The ferry can take you from one side the city to the other if you aren’t in a hurry.

Eating out in Istanbul

There’s an excellent reason why Istanbul’s food and spices played a significant role in the spice route of yesteryear and it’s unique character continues to influence fusion food across the globe. But there is no better place than Istanbul to find a smorgasbord of delightful delicacies that will have your taste-buds popping. Some of the best and most amazing food you should definitely and without compromise sink your teeth into include simit, kumpir, balik ekmek and manti. You will be able to find these on the menus of most restaurants. Don’t forget to make a turn at the Istanbul Spice Bazaar, which has been going since 1664, where you might also find some tasty treats flavoured with some of the spices on offer.

The quickest way into Istanbul is flying of course, and the main international airport is Ataturk International Airport which is located 24 km from Istanbul’s city centre. It is the main hub for Turkish Airlines. There are 273 non-stop flights departing from this airport, second only to Frankfurt Airport. Aeroflot, British Airways, Egypt Air, Gulf Air and Iran are a few of the airlines that will take you to this airport but the list of airlines is extensive. The airport is divided into two main terminals; one is for domestic flights and the other is reserved exclusively for international flights. Once you have landed, you can choose between rail, shuttle services and municipal buses.

No trip to Istanbul is complete without witnessing the whirling dervishes in full form. The dervishes act as a bridge between people and god through trance. Make sure you book your tickets well in advance as they sell out fast.

Another option that features high on the bucket list of most visitors to this city (and rightly so) is a cruise down the Bosphorus River, which provides you with a not-to-be-missed view of both the European and Asian faces of Istanbul.

Taking a guided tour through the Asian side of the city is well worth the fee as it provides you with greater insight and depth into the main sights, attractions and reveals the meaning behind subtle Turkish traditions that might escape the untrained eye. You can take a walking tour of the Old City that takes you to a few of the places mentioned on this website, in addition to other top locations in Istanbul.

If you are looking for a more relaxing way to unwind in the evenings other than trawling the buzzing Istanbul nightlife, get a massage in a hamam or spend a few hours in a Turkish bath or hot spring. 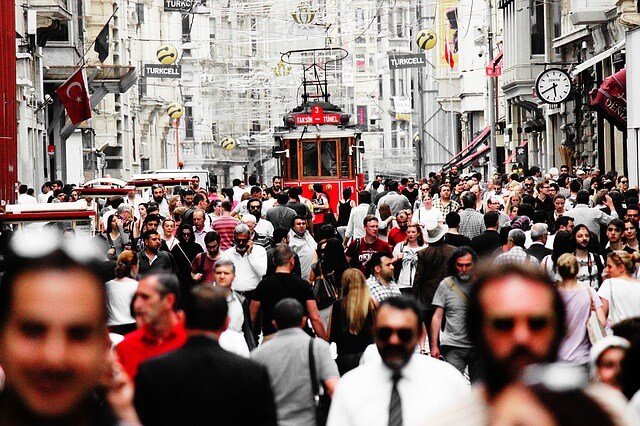