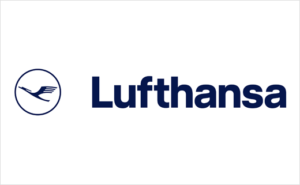 Do you want to make a Lufthansa Nigeria Online Booking? Scroll to the top of this page and use the flight booking tool.

The formal name of Lufthansa is Deutsche Lufthansa AG. However, the airline is more commonly known as Lufthansa or Lufthansa German Airlines. The name of the company comes from the German word, Luft ‘air’ and Hansa, the Hanseatic League. The airline was a government-owned enterprise and the German flag carrier until 1994 when the company became privatised.

Lufthansa is the largest German airline. When combined with its subsidiaries, it is also the largest airline in Europe both in terms of fleet size and passengers carried during 2017.

Lufthansa is one of the five founding members of Star Alliance, the world’s largest airline alliance, formed in 1997.

In total, the Lufthansa group has over 600 aircraft, making it one of the largest airline fleets in the world!

Lufthansa’s registered office and corporate headquarters are based in Cologne. The main operations base, called Lufthansa Aviation Center, is at Frankfurt Airport. The airline has a secondary hub at Munich Airport.