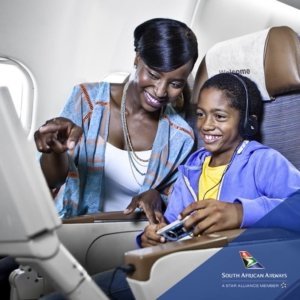 South African Airways has been a trusted passenger and cargo airline in South Africa for decades. It is the official flag-carrier for the country that stepped into the global arena for world-class carriers in 1934 when it took over from Union Airlines with a few modest ten-seater Junkers.

The history of SAA has not been without challenges. During apartheid, sanctions imposed by African countries prevented SAA aircraft from using their airports as stop-overs, so SAA (then known as “Suid-Afrikaanse Lugdiens” i.e. South African Air Service in the Afrikaans language) was forced to invest in aircraft that allowed them to bypass the continent altogether.

In 1997, three years after the dawn of democracy and liberation from the apartheid regime, SAA rebranded itself with a new name. Management positions have been shuffled over the years, but the current CEO is Mr Vuyani Jarana and the interim financial officer is Mr Robert Head. The parent company of this airline was Transnet until 2006.

Many people find it easier to book flights online for the simple reason that it is more convenient. You will find a flight booking tool at the top of this page.

To book SAA flights, simply select your dates of travel, the number of passengers and the departure and destination airports. Click ‘search’ to find the details, prices and duration of various flights.

Looking for a flight ticket from Nigeria to South Africa? You can book by selecting Lagos from the drop-down list that appears under ‘enter departure city’, and then selecting Johannesburg (or the specific destination you are flying to within South Africa) in the ‘enter arrival city’ box.

You can compare flight prices at the touch of a button, book your tickets and make a secure online payment on our user-friendly site.

SAA has code-share agreements with more than 20 airlines, such as:

Why fly with SAA?

With a track record of over 80 years as being one of the best and most reliable airlines in South Africa, SAA remains one of the leading airlines offering cheap flights to many popular destinations. 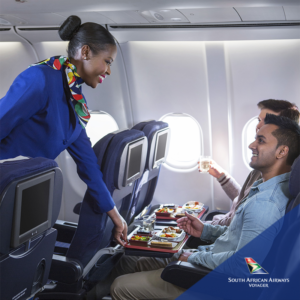 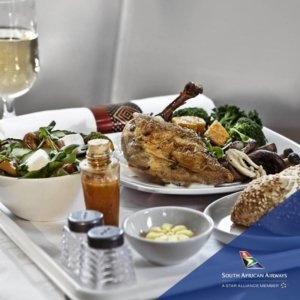 SAA offers business class and economy class cabins to suit travellers of different budgets. Business class benefits include a duvet and pillow and welcome pack, as well as a touchscreen monitor and audio/visual headset on demand. 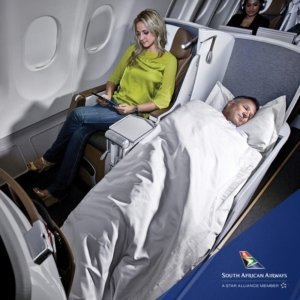 SAA partners with SA Airlink and Mango to provide world-class travel experiences to over 40 destinations in South Africa, Africa and abroad. Its central hub is in Johannesburg, home to 47 state-of-the-art carriers.

The SAA route network has been growing since it’s early days, and now includes many destinations on 6 continents. SAA currently flies to more than 40 destinations spread around Asia, North America, South America, Africa, Europe and Australasia.

There are 14 popular destinations in South Africa including Cape Town, Durban, Bloemfontein and Richards Bay. Beyond the national borders, SAA lands at 18 different airports across Africa, in countries such as Accra, Dakar, Entebbe, Lagos and Harare.

International destinations include London, Hong Kong, Perth and Dubai to name but a few.

Looking for a flight to Nigeria from South Africa? Prices are competitive and vary according to where you are leaving from. Flights to Lagos from South Africa depart from various locations in all 9 provinces. These include Bloemfontein, Johannesburg, Durban, Cape Town, Kimberley, Mthatha, Nelspruit and Pietermaritzburg.

There is one SAA flight from Johannesburg to Lagos that departs on a daily basis. This flight (SA60) leaves O.R. Tambo airport at roughly 15:10 and has a duration of 6 hours 10 minutes.

Being the biggest city in South Africa with a rich historical and natural heritage, it’s no wonder that Johannesburg is one of the top destinations in South Africa.

Johannesburg is also an important layover destination for international flights to and from South Africa. It is one of the central business districts and tourist hubs attracting thousands of visitors worldwide.

O.R. Tambo International Airport is, therefore, the hub of South African Airways and is where the airline’s headquarters are based. You can look online to find cheap flights from your departure point to Johannesburg.

Nigeria’s growing economy draws interest from around the world, making it an up-and-coming competitor in the business world. It similarly attracts tourists from all walks of life, with a bustling city centre and one of the biggest and most diverse populations in Africa.

Flights from Lagos to South Africa 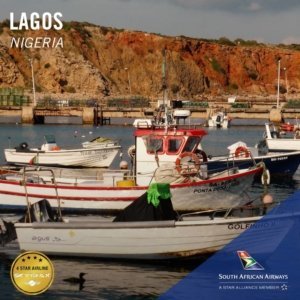 Flights to SA from Lagos

Flights to SA from Lagos land at many airports across the country. Flights direct from Nigeria to O. R. Tambo International airport in Johannesburg takes about 5 hours and 40 minutes.

Flight times to Cape Town International Airport range from 11 hours to 19 hours, including a stop-over in Johannesburg.

You can fly from Nigeria to Nairobi via South Africa. 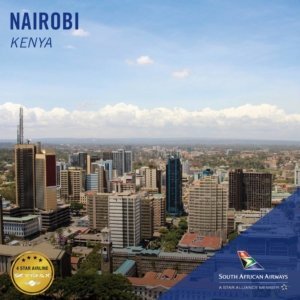 Flights to King Shaka International airport in Durban range from 9 hours to 20 hours 30 minutes, depending on how long the layover in Johannesburg is.

SAA also provides flights from Lagos to smaller airports around South Africa, including Bloemfontein, East London and Kimberley (amongst others).

Direct flights from Johannesburg with SAA

Write them in the comments section below